The Melbourne Renegades will be without Jess Duffin for the WBBL season, with the star batter withdrawing from the tournament after the birth of her daughter.

Melbourne Renegades star Jess Duffin will miss the upcoming WBBL season after the birth of her daughter.

Duffin, 31, is the Renegades' reigning player of the season and was named captain of the WBBL team of the tournament after amassing 544 runs - including five half-centuries - at an average of 68.00 across 13 innings.

She gave birth to daughter Georgie on June 21.

Duffin had been listed in the Renegades' WBBL squad but said her body was "not ready" for the challenges of the short, intense competition - which starts in October.

"I've always prided myself on my preparation and there just hasn't been that opportunity this year," Duffin said.

"The WBBL is such a high-quality competition with a lot of games in quick succession and unfortunately my body is just not ready for that at this point.

"It'll be tough watching the team from home but I'll have Georgie by my side so she'll make things easier - during daylight hours at least.

"I'll obviously be in touch with the team and offer whatever support and help I can remotely during the season."

A cross-code athlete, Duffin announced her pregnancy last December, taking herself out of contention for the women's T20 World Cup, and sat out this year's AFLW season with North Melbourne.

"Knowing Jess' character and competitive spirit we knew she was going to give herself every chance to play," Stevens said.

"In the end she's made a very selfless call, we'll continue to support her and we look forward to having Jess back on the park next season."

Amy Satterthwaite will return after sitting out the last WBBL season on maternity leave, while the Renegades will announce a replacement player for Duffin in due course.

They will open their season against the Melbourne Stars in the Sydney hub on October 25. 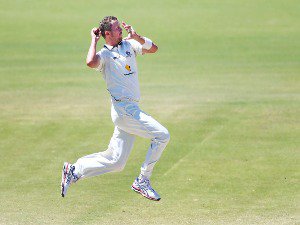