No rush for Test stars to decide about BBL

BBL boss Alistair Dobson would love to see Steve Smith and fellow Test stars play in the Twenty20 league but knows how taxing their summer already is.

The schedule dominoes are falling into place for Australia's Test stars to contest the final stages of the BBL but it is unclear how many will have the appetite to do so after a draining summer.

Updated dates for India's tour and the 10th edition of the BBL are yet to be finalised, but the growing expectation is that Virat Kohli's team will depart Australia in mid-January.

Australia's best players are then likely to be free of international commitments until the BBL season ends.

The gap in the international calendar is a win for Channel Seven and Foxtel, who have bemoaned the BBL's quality as part of their push for a reduction in broadcast fees.

But Steve Smith and some teammates will be coming off almost five months straight of biosecurity bubbles, having enjoyed limited respite since departing for a tour of England in August.

Smith's love of a hit is legendary and he is equally fond of the BBL, having captained Sydney Sixers to victory in the inaugural final and helped them win the 2019-20 competition.

But the prospect of more cricket, played under stringent COVID-19 protocols and with limited freedom, may be too much for even Smith to stomach.

"Last year showed the impact they (Smith and other Australian stars) can have. That said, we understand what they're going through with the international summer ahead," BBL boss Alistair Dobson said.

"They've had a pretty tough preparation. Coming out of a tight bubble in England, a number have gone to the IPL.

"We'll talk to them when the time's right.

Dobson wouldn't be drawn on whether there might be an alternate funding pool for top-level talent, noting "the BBL has always been an innovative competition".

"There's mechanisms in place around our contracting rules for spots to be left open," he said.

Smith was bought for $2.4 million by Rajasthan, the IPL club he is captaining, but earned a skerrick of that during his recent stint with the Sixers.

There is growing hope at Cricket Australia that players may be able to move between a BBL hub and the Test squad's bubble.

Dobson cautioned it is too early to know what will happen in that regard, but his team is consulting regularly with CA high performance boss Ben Oliver and national coach Justin Langer.

Meanwhile, BBL clubs are watching the status of England's in-doubt tour of South Africa closely as they continue trying to lure a stack of English white-ball stars.

"There will be some potential disruptions, as there are every year ... we've had more interest than ever before from players and agents," Dobson said. 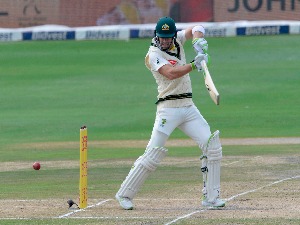