Steve Smith says he's not concerned by the prospect of India attempting to follow New Zealand's lead by launching a barrage of bouncers against him.

Steve Smith has told India to bring it on if they want to follow New Zealand's lead by peppering him with bouncers this summer.

But he's warned them: They won't be able to do it with the same impact as awkward Kiwi paceman Neil Wagner.

Wagner got Smith four times in three Tests last summer, although the Australian batsman still managed to average 63.66 in the first innings of those Tests.

Smith has long denied that New Zealand exposed any real deficiencies in his game with tactics captain Tim Paine compared to bodyline.

In an interview with AAP in January, Smith claimed all the talk about it was a "beat-up" and pointed out he faced more balls last home summer than most others.

The Black Cap was a constant threat last summer, regularly having the Australian batsmen in two minds with balls aimed between the hip and ribs at around 130km/h.

"If others want to take that type of approach, then great," Smith said on Tuesday.

"It's not the same as what Neil does and the way he bowls it. People can go for that.

"In a way it's a bit of flattery if people believe that is the only way they can get me out because they have exhausted so many more options.

"It gives me a lot of confidence to know that."

India have attempted to follow Wagner's lead against Smith already this year.

In the one-day series in India they hit him with short-pitch bowling in their first crack at him, but Smith was able to ride it out without offering a chance.

He's ready to play the long game again if India attempt to bounce him out in the Border-Gavaskar Trophy beginning December 17 in Adelaide.

"While I had some contributions (last summer), my strike rate was down," Smith said.

"Test cricket, that's the beauty of it. You can bat for as long as you like and build partnerships." 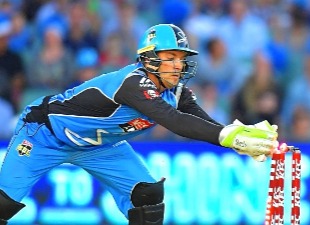