Australia coach Justin Langer says he is "really hopeful" that Will Pucovski will be cleared to play the Test series decider against India at the Gabba.

Australia are optimistic that injured young gun Will Pucovski will be able to play their Test series decider against India at the Gabba.

Pucovski suffered a partial shoulder dislocation while diving in the field at the SCG, where he impressed on his Test debut while opening alongside David Warner.

Squad member and former Test opener Marcus Harris is on standby and ready to for action if required on Friday, when the winner-takes-all Test starts in Brisbane.

But coach Justin Langer hopes that Pucovksi will be cleared to play the fourth Test.

"It'll either be a quick turnaround and he's back up and into it, or it might be a few weeks.

"He's a young guy, he has just played his first Test. So mentally he's going to be exhausted anyway.

"We'll keep an eye on how he pulls up today.

"With shoulders, as long as he can bat OK and catch - it's not as big a deal in Test cricket ... we're really hopeful he will get up.

"If he doesn't then the obvious thing is Marcus Harris would come in as the opener."

Langer confirmed that Pucovski had a shoulder issue before the mishap on the final day of the third Test, which seemingly amplified the problem.

"He was going to have a scan after that day's play anyway," Langer said.

Langer said that pacemen Pat Cummins, Josh Hazlewood and Mitchell Starc should be right to back up despite the tight three-day turnaround.

"I expect they'll all be ready to go for this Test match," he said. 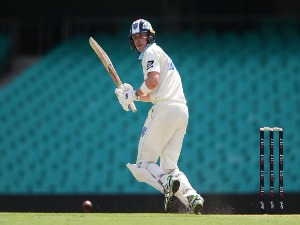