Day to miss his first US Open in a decade

Jason Day's streak of 34 major championship appearances is over after Australia's former world No.1 golfer failed to make the field for this month's US Open.

A lame and lowly-ranked Jason Day will miss his first major championship in almost a decade after being officially ruled out of this month's US Open at Torrey Pines.

Australia's former world No.1 has dropped out of the top 60, meaning he failed to gain direct entry, and opted out of this week's sectional qualifying event, preferring to receive treatment at home in Ohio for his chronic back injury.

Day hasn't missed a major since the 2012 British Open and has contested 10 consecutive US Opens since finishing second behind Rory McIlroy on debut in 2011.

Day's absence is the 33-year-old's latest setback after missed cuts at the past two Masters, the rescheduled 2020 edition in November and this year's in April.

He barely made the cut at last month's US PGA Championship, eventually sharing 44th spot - six years after hoisting the Wanamaker Trophy for his lone major championship triumph, then finishing runner-up in his title defence.

Day is a two-time US Open runner-up as well as a two-time PGA Tour winner at Torrey Pines, where he also won the World Juniors before turning pro.

But languishing at 107th in the FedExCup standings, he's now in a battle to make the season-ending playoffs featuring the top 125 on the PGA Tour, and to be fit next month's British Open at Royal St George's.

Seven of Day's countrymen will tee off at Torrey Pines, including veteran former Australian Open champion Steve Allan, who successfully qualified with a four-under-par two-round total at Meadow Springs Country Club in Washington.

The 47-year-old will be making his sixth US Open appearance, but first since 2010.

Kennedy will be playing in his third major after missing the cut at the British Open in 2011 and 2012. 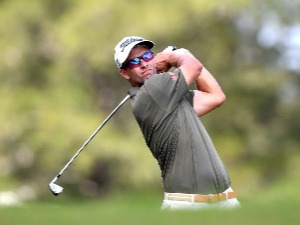