Australia's Minjee Lee has been beaten by rookie Ga Eun Song on the third hole of a playoff for a KLPGA Tour title in South Korea.

Australia's world No.7 golfer Minjee Lee has finished runner-up for a second week in a row, beaten in a play-off on the KLPGA Tour in South Korea.

Lee looked likely to add a 10th pro career title to her banner year when she finished the final round of the Hana Bank Championship tied with rookie Ga Eun Song at 15 under after a closing 69.

But 20-year-old Song proved her mettle as she triumphed on the third playoff hole, drilling a pitch shot to within two feet of the pin and holing the birdie putt after Lee had missed from seven feet.

Song had earlier made a close-range birdie putt at the 72nd hole to catch Lee with a 68, forcing the sudden-death playoff - which required another three trips down the par 5 18th hole at Pochun Adonis Country Club, near Seoul.

The playoff loss in a tournament backed by one of her personal sponsors came a week after she tied for second at the LPGA Tour's Walmart NW Arkansas Championship, one shot behind Japan's Nasa Hataoka.

However she has plenty of reason to be happy about her 2021 season, having claimed her maiden major championship title at the Evian Championship in France in July, among five top-5 finishes in 15 starts on the LPGA Tour. 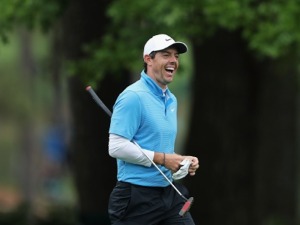