Golf officials are ironically celebrating the biggest spike in club memberships in 50 years on what should have been day one of the cancelled Australian Open.

Golf officials have found a silver lining from the devastating pandemic that has wiped out consecutive Australian Opens for the first time since World War II.

Golf Australia on Thursday announced its biggest membership spike in 50 years as the sport, at club level, enjoys an unprecedented boom largely because of COVID-19.

Travel restrictions and lockdowns have left sports enthusiasts looking for healthy and safe alternatives, with golf an unexpected big winner from the global crisis.

GA revealed memberships in Australia rose 6.3 per cent for the 2020 calendar year to 409,970 - the biggest increase since the numbers were first collated nationally in 1970.

GA chief executive James Sutherland welcomed the game's growing popularity as a groundbreaking moment for the sport in Australia.

"We've all known for some time that there is a boom taking place and of course we know that the COVID-19 pandemic has played its part in this," Sutherland said.

"Having said that, these numbers have come in context of a time when several states suffered lockdowns that impacted golf in a negative way, particularly in Victoria.

"What's most important is now how it has happened, but how we are able to capitalise on it.

"We need to take hold of this and make sure that it's a turning point for the sport."

After a gruelling end to his 18-year tenure as Cricket Australia CEO, when he presided over the infamous ball-tampering affair, Sutherland has also endured a rough start to his reign as GA boss.

He made the difficult decision to cancel the 2020 Australian Open just a fortnight into his new role last October before making the same call for this year's event when most state borders were still closed.

Sutherland was also the Cricket Australia boss when the Tim Paine sexting scandal took place in 2017.

But golf's membership boom provides some welcome relief for Sutherland, even if it was ironically announced on what should have been day one of the 2021 Australian Open in Sydney.

Initially scheduled for November 25-28, the Open was postponed until February before being abandoned altogether last month.

The Australian PGA Championship will proceed in Brisbane in January but tour boss Gavin Kirkman said it was just unfortunate the Open couldn't go ahead.

"When the decisions had to be made, we had to take on the current impact of the pandemic and what was happening and at that stage NSW and Victoria were going through lockdowns," Kirkman said.

"(But) Queensland, like a lot of sporting events, was in a really good, safe position to to be able to stage an event."

With many Australian touring professionals suffering financially because of the cancellation of the summer's biggest tournament, Kirkman said the PGA and GA were working together to offer more events next year.

"There'll be two PGAs and the first four months of next year we're looking at 13 events around the country." 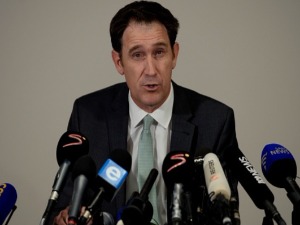