Barty to 'give it a crack' at the Open

Ash Barty says she is acutely aware of what it would mean for her to break the host nation's 44-year Australian Open singles title drought in Melbourne.

Ash Barty is promising to "give it a crack" -- nothing less, nothing more -- as she strives once more to bust Australia's most infamous sporting drought.

Barty launches her title bid on Monday as the women's top seed at Melbourne Park for a third successive year.

The 25-year-old's past two attempts at becoming the first home hope to hoist an Open singles trophy since Chris O'Neil in 1978 have ended in shattering semi-final and quarter-final defeats.

Barty says she fully understands how much it would mean to Australia if she could break the 44-year Open hoodoo this month.

"I just have to hope that everyone understands that I'm giving it my best crack.

"It doesn't always work out exactly how you want to.

"But you go about it the right way, you do the right things and try and give yourself the best chance - that's all you can do.

"That goes for all the other Aussies as well, everyone else in the draw.

"They're trying to do that thing over and over and over, do the right things and give themselves the chance."

Opening her campaign against Ukrainian qualifier Lesia Tsurenko, Barty has "no regrets" at opting out of this week's Sydney Tennis Classic to rest up after a gruelling but triumphant season starter in Adelaide.

The Wimbledon champion added a 14th singles crown to her collection and also teamed with Storm Sanders to win the doubles.

"Obviously we played a lot of matches in Adelaide," she said.

"After chatting with my team in Adelaide, it was the right decision for us.

Barty's relaxed approach to her home slam comes as the past two winners of the Open hail the Queenslander a deserving title favourite and hugely popular world No.1.

"She's the ideal No. 1," said defending champion Naomi Osaka, who could face Barty in a fourth-round blockbuster.

"She's so consistent. I saw last year all the sacrifices she made to, like, travel without coming back to Australia. I knew that must have been really tough.

"She's really amazing. She's always so positive. Her and her coach, they're always really nice to everyone that I can see.

American Sofia Kenin, who defeated Barty in 2020 before going on to account for Garbine Muguruza in the Melbourne Park decider, said she was surprised how much the Australian had developed her game.

"Against me, she served really well. I was really shocked by it.

"I can see she's definitely improved and has a lot of confidence.

"She's got a great team around her, and they're doing everything right." 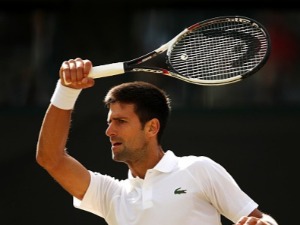