Austin Bautista will enter the final round of the NT PGA Championship with a six-shot lead from Aaron Pike.

Austin Bautista will take a commanding six-shot lead into the final round of the NT PGA Championship but he'll face a confident nearest challenger as he attempts to close out a maiden Australasian tour victory.

A day after his course-record 61, the young New South Welshman shot a three-under 68 in Saturday's third round to get to 18 under, extending his overnight advantage by two shots.

Bautista's biggest threat looks set to come from his final group partner Aaron Pike, the defending champion, who climbed into second place with a 68.

Pike, a three-time tour winner, grew up in the area and reckons he's played the Palmerston course "easily thousands of times".

Bautista needed just four putts in his first four holes as he made miraculous par saves at two and four, a birdie at six extending his lead to six shots.

Three straight bogeys from the seventh hole reduced that margin to just two before he played the back-nine in four-under to re-establish a big lead.

"To bounce back is definitely key but same thing tomorrow, foot down from the get-go and get to 30-under," said Bautista.

Pike, 35, is ready to apply heat from close range, revelling in the chance to go head to head with the leader.

"I had to finally break through and do it and there are numerous guys who have had those problems.

"I'm not saying he can't win or can't do anything but I'm going to try and make it as difficult as possible because I want to win.

"I went on the record... saying that I love getting deeper into the tournaments because I was really good at match play when I played amateur golf.

"That's obviously something's that a positive for me."

The final round also represents the final 18 holes of the tour season with Order of Merit implications.

Of greatest significance is the race for the third of the DP World Tour cards up for grabs, with OOM third-placed Andrew Dodt (68) edging three shots clear of fourth-placed Dimitrios Papadatos (73).

Seventh-placed on the OOM, Pike is eyeing off one of the five exemptions into Korn Ferry Tour Final Qualifying School at the end of the year. 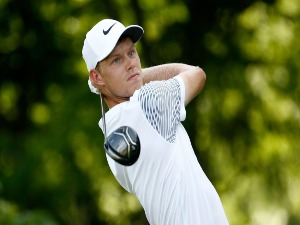