Norman has attracted widespread condemnation for saying "we all make mistakes" in response to a question about the murder of Saudi Arabian journalist Jamal Khashoggi in 2018.

Webb, a seven-time major champion, was shocked by Norman's comments.

"Has anyones (sic) childhood hero disappointed them as much as I am now??"

Norman has been regularly pressed on partnering with Saudi Arabia for the rebel tour but his latest comments have been widely criticised.

"From what I heard and what you guys reported, just take ownership of what it is," the two-time major winner told reporters.

"Look, we've all made mistakes, and you just want to learn from those mistakes and how you can correct them going forward."

Later asked about Saudi Arabia's discrimination against the LGBTQ community, Norman replied: "I'm not sure whether I even have any gay friends, to be honest with you." 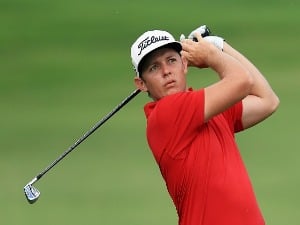