Former Socceroo Brett Holman has won his court bid over a $370,000 insurance claim paid to Brisbane Roar when he was injured in 2018.

Brisbane Roar has been ordered to pay former Socceroo Brett Holman an insurance payout of nearly $370,000 after a knee injury left him unable to play professional football again.

The club received the payment after a professional sports group insurance claim made when Holman was injured in 2018.

The now 37-year-old was playing for the Roar in an A-League match against Perth Glory in WA in April 2018 when he injured his knee in the first half, coming off in the 27th minute.

Initial scans appeared to show no structural damage and Holman signed a further contract with the Roar, expecting to be back on the field after six weeks.

But he never played again despite remaining on the Roar's books until his retirement the following year.

He had first been signed up by the club in September 2016, being given a two-year deal with an annual salary of $372,300, the Brisbane District Court trial was told last week.

His annual salary was set at $178,000 in the second contract signed the month after his injury.

The next month Holman signed a temporary total disablement (TTD) claim, with the Roar receiving the payout of $369,433.26 in regular instalments.

"Accordingly, while Mr Holman has been paid the sums due under his successive standard player contract while injured, the club has received the TTD benefits which the insurer has paid under the policy in an amount which considerably exceeds the amounts paid to Mr Holman," Judge Bernard Porter said in the reasons for his judgment.

Holman took the club to court, arguing he - rather than the Roar - was entitled to the TTD payout from Arch Insurance.

But the Roar argued the policy instead insured the salary payable to Holman under his contract while he was unfit to play.

Judge Porter said at issue was whether the TTD benefit insured the salary payable while the player was unfit or provided a separate benefit for the player outside any salary entitlement while unfit.

He rejected the club's argument, saying there was no link between the contract obligations and entitlements and the insurance benefit payable after Holman's accident.

"In identifying who is entitled to the TTD benefit, the compelling consideration is that it is Mr Holman who suffers the accident and Mr Holman who faces the risk of being unable to earn his living as a result," Judge Porter added.

The Roar have also been ordered to pay interest of more than $40,000 and costs.

Holman played 63 times for the Socceroos including being a part of the 2010 World Cup squad.

His playing career included stints in Holland, a short period at English Premier League club Aston Villa and time in the United Arab Emirates as well as in the A-League. 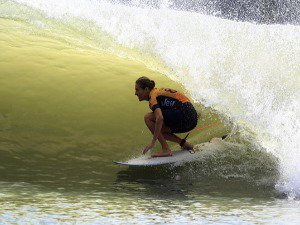