Novak Djokovic's deportation sets a "dangerous precedent", according to legal experts who say other high-profile individuals could be refused entry into Australia if they hold views contrary to the government.

The No.1 tennis player's visa to enter the country for the Australian Open was cancelled by Immigration Minister Alex Hawke on Friday and the full bench of the Federal Court upheld that decision on Sunday.

Using discretionary powers under the Migration Act, Mr Hawke needed only to be satisfied that Djokovic's presence in Australia "maybe, or would or might be, a risk to the health, safety or good order of the Australian community".

The minister argued the Serbian was a "talisman of anti-vaccination sentiment" and could encourage Australians to breach public health restrictions, forgo their booster shots and even engage in civil unrest.

Associate Professor Maria O'Sullivan, the deputy director of the Castan Centre for Human Rights Law at Monash University, said under the powers Mr Hawke only needed to prove any of the above situations might happen.

"We're not talking here about the criminal standard, which is beyond a reasonable doubt or even the civil standard, which is on the balance of probabilities. There doesn't even have to be a strong likelihood that Djokovic will lead to civil unrest, there just has to be a chance," she told AAP.

Dr O'Sullivan said it was difficult for Djokovic's lawyers to challenge the minister's decision because they could only appeal on the basis it was "illogical, irrational or unreasonable".

"(Djokovic) couldn't have had a better legal team, but they were really up against it because of the breadth of those powers and the way the minister was interpreting the evidence," she said.

Australian Lawyers Alliance spokesman Greg Barns SC described the minister's powers as "God-like" and said the government would have been justified if Djokovic was coming as part of an anti-vaccination campaign.

In 2017, then-immigration minister Peter Dutton denied anti-vaxxer Kent Heckenlively a visa for a planned tour and banned two women from returning for three years after they aired a film that falsely linked vaccines to autism.

"The minister was relying on previously expressed views. He was not here as part of an anti-vax campaign."

Both Dr O'Sullivan and Mr Barns said the Djokovic case sets a "dangerous precedent", which could see any high-profile individual banned from entering Australia if their views could cause others to engage in unrest.

"You might have a film star or a singer who wants to come to Australia, and has expressed strong views about the US-Australian alliance in the past and encouraged people to protest against (it)," Mr Barns said.

"On the basis of this sort of reasoning, a minister could say: 'Well, I'm not going to allow you into the country because you've got a very high profile and you may express views and become a lightning rod for people opposed to the US-Australian alliance'."

"Deportation of a person because of a purported risk as to how others might perceive them can and will be used in the future to justify the suppression of legitimate political expression because others might engage in unrest," he said in a statement posted online.

"Mr Djokovic's case is a far way removed from examples of other people who have had their visas refused or cancelled for inciting violence, wilfully flouting quarantine, or engaging in hate speech."

Djokovic's visa had earlier been cancelled on the basis he didn't have a valid vaccine exemption. That decision was revoked and the visa reinstated a week ago. 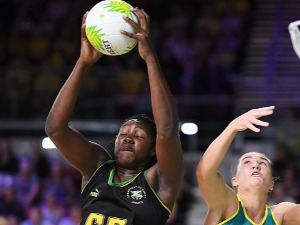