Australian pair Ross Clarke-Jones and Mick Corbett are set to take on some of the most dangerous waves in the world after receiving invitations to compete at the inaugural Nazare Tow Surfing Challenge.

The event window, which runs until the end of March next year, opens on Friday giving the world's best big-wave surfers the chance to tackle monstrous waves at the 'Big Mama' wave break in Portugal.

Clarke-Jones and Corbett are the only Australians in the 19-man field and will compete as a two-man team for the event.

"We're great mates. There's a lot of trust between us, which is important when we're both putting our lives on the line to ride the epic waves of Nazare," Clarke-Jones said.

"We've each towed one another and surfed together, and now we're teaming up to fly the Aussie flag at this global competition - we're stoked and excited to get amongst it."

The tow-in competition will be held during the northern hemisphere winter with surfers set to ride waves up to 130 foot.

Corbett said the tow-in format would make for some dangerous and thrilling surfing.

"They've done a ride-in competition at Nazare before, but they couldn't run it when the really big waves were breaking," the Western Australian surfer said.

"With this new tow-in format, we'll be able to get on the massive big waves the region is famous for. It'll be spectacular." 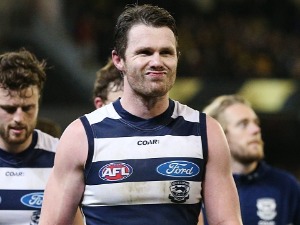