Sports officials are desperate to stage trans-Tasman events in 2020 but remain stifled by international border restrictions.

A trans-Tasman travel bubble shapes as the only realistic way to unlock a potential glut of international sporting contests between Australia and New Zealand later this year.

Numerous codes have plans in place to stage Australasia-only events but Kiwi government officials concede there are significant complications around such competitions if the border status quo remains.

New Zealand sports minister Grant Robertson said on Tuesday he wants international sport to resume but that unhindered travel had to wait until there was no risk of transmission of COVID-19.

Without a trans-Tasman bubble, Robertson said there was still the chance of a sports team, such as the Wallabies, being granted an exemption to travel to New Zealand and undergo quarantine.

However, catering for a group of 40-50 players and staff would put further pressure on the country's quarantine processes.

A current influx of New Zealand citizens returning home is pushing hotels designated as isolation facilities to near capacity, prompting the government to manage arrival numbers.

"I'm sure they can apply, absolutely," Robertson said of Australian sports teams.

"But we're very careful about how we manage that and given the pressure that we've got on space and our facilities.

"We very much want this to happen but we've got to do it alongside the other pressures that are on us in terms of managed isolation and quarantine."

Kiwi sports bodies contacted by AAP on Tuesday said they were still in limbo about the prospect of international competition with Australia.

New Zealand Rugby regards a Bledisloe Cup series as it's primary target for Test action this year while Netball NZ only has a four-match Constellation Cup series in its potential Silver Ferns calendar for 2020.

Neither organisation says it is wholly reliant on a trans-Tasman bubble opening up and will consider all options to stage events and boost their fragile financial coffers.

Officials from rugby league, soccer, basketball and athletics are among sports to have engaged in trans-Tasman discussions, all with a desire to run international events before Christmas. 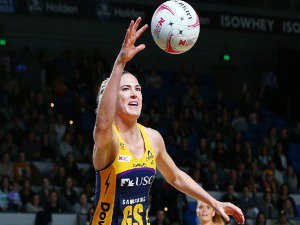