Wetzell, 24, has signed a two-season NBL deal following a dominant season with San Diego State Aztecs, where he was the starting centre in their run to the "March Madness" playoffs.

COVID-19 prevented the season going any further but Wetzell's averages of 11.6 points and 6.5 rebounds per game in San Diego's 30-2 season raised his profile.

A former junior tennis talent, he didn't begin playing basketball until his final year of secondary school in Auckland.

He was identified by now-Phoenix assistant coach Judd Flavell, who introduced Wetzell to the NZ Breakers program.

He said joining a club who were entering just their second season of existence made it an exciting prospect.

"It's always been a dream of mine to play either back home in New Zealand or for one of the Australian teams in the NBL," he said.

"I'm super pumped to join a club that's in their early stages of NBL history and trying to create something special and shoot for a championship from day one."

The athletic 2.08m Wetzell will have an option on his second season.

Cam Gliddon and Reuben Te Rangi are other notable names shifting to the Phoenix for the season scheduled to start in December. 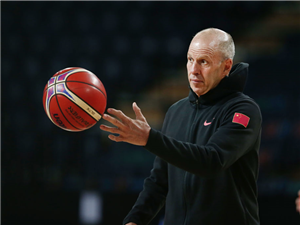