Olympic legend Ian Thorpe and Paralympian Louise Sauvage have been special guests at the 20th anniversary of the Sydney 2000 Games.

Olympic heroes Cathy Freeman and Ian Thorpe have recalled the joys of the "greatest Games ever" at a special ceremony to mark the 20th anniversary of Sydney 2000.

Freeman, appearing via a video link from Victoria, said it was a wonderful gesture to have "two future stars" recognised on such a major stage ahead of hopefully the rescheduled 2021 Games in Tokyo.

With three gold medals and two silver, Thorpe, then only 17, was the most successful Australian performer in Sydney and, not surprisngly, he said it was the most memorable experience of his life.

"For me, I remember watching on TV at the start of the opening ceremony and it's amazing that 20 years have passed.

"For people to have the chance to reminisce about a time that was a great time for Sydney and the country where everyone was kind of celebrated (after) what had been a long build-up to the Games and then to be able to kind of get it going.

"It was a really healthy distraction watching on TV for me."

Twenty years on and Thorpe revealed the depths of the pressure on his teenage shoulders to land Australia's first gold medal of the Games in the 400m freestyle.

"I didn't know what the Olympics was going to be like," he said during a rare public appearance.

"But I knew it would be a big moment and it was mostly because people would tell me that they'd won tickets in the ballot to go to the swimming on the first night.

"And they'd add something that kind of freaked me out: 'I can't wait to see you win your first Olympic gold medal', which is a lot of pressure and I went in and we hadn't won an Olympic gold medal at that stage.

"We thought we'd win one in the triathlon earlier in the day, so it was a big night." 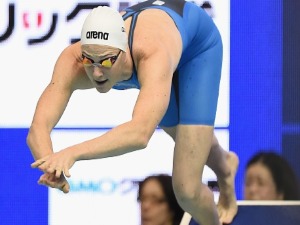