Quarantine was tough, but Hockeyroos defender Sophie Taylor has overcome far greater challenges in her 25 years.

The 25-year-old battled crippling chronic fatigue syndrome as a teenager and will likely have to manage the illness for the remainder of her life.

But that hasn't stopped the Victorian defender from featuring at the elite level, already representing Australia 34 times.

"I often get asked about my chronic fatigue and if I would go through it again, and I 100 per cent would," Taylor told AAP.

"It taught me so much about myself and how I can grow from it.

"I suffered from it pretty badly for about three to four years.

"I still manage it day-to-day, but I learnt so much about my own body and now I can manage it really well."

Now based in Perth, Taylor was stuck in Victoria during the height of Melbourne's second wave of COVID-19 infections.

Returning home in March to see family and friends, she attempted to head back into Western Australia when restrictions started easing there.

Taylor was finally given an exemption to re-enter Western Australia via two weeks in quarantine, and she is now preparing with Australian squad members for the re-scheduled Tokyo Olympics.

The Hockeyroos are pushing ahead to the Tokyo Games without co-captain Jodie Kenny after her retirement last month.

"Our program was shut down for a period of time and then the Olympics were called off so I wanted to return to be around friends and my partner," Taylor said.

"I was stuck in Melbourne until the middle of August.

"I've had some pretty tough times in the last six months and friends and family have as well."

Taylor's experiences with chronic fatigue syndrome led her to being involved with a new app, Arete, which promotes mental health training and support for young athletes.

"When I was a junior, (mental health) was very rarely spoken about at all," she said.

"If you had challenges or setbacks or you were feeling a bit off it was almost seen as a weakness, whereas these days to be able to talk about those things is really a huge strength." 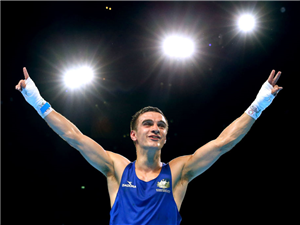