Squash legend Nicol David, who was guided to glory by Australian Liz Irving, has been honoured with an award for being the greatest World Games athlete ever.

Nicol David, the Australian-coached squash superstar who was deprived of the chance to ever play at an Olympics, has seen her sporting mastery now recognised in a special World Games 'Greatest Athlete of All-time' award.

Malaysian David, who was guided to eight world titles by her Brisbane mentor Liz Irving in one of sport's most enduringly successful partnerships, reckoned she was honoured by Monday's accolade bestowed by the global event that features non-Olympic sports.

David, who retired in 2019 after an amazing career which saw her ranked as the world's top player for all but three months between January 2006 and August 2015, has always credited Irving, herself once the world No.2, for her success.

When David was still a junior and Irving coming close to retirement, the young Malaysian asked whether she could train with the veteran.

"There wouldn't have been any coach or person that would find what really gets me going and what the real essentials are all about and Liz has been there," David, now 37, once said.

"She's been coach, mentor and the most inspirational woman in my life to be the player and person I am today."

It has long been a bone of contention that squash and incredible athletes like David have never been given their day in the Olympic sun while other more fashionable sports have been included.

So David, who has constantly banged the drum for squash's Olympic inclusion, hopes here latest award will help boost squash's profile as sports like breaking, climbing, karate, surfing and skateboarding leap ahead of it in the Olympic queue.

"It came as a surprise to see me amongst these other top athletes and I'm grateful for this ... hopefully, it can elevate attention for the future of squash, and it's a proud moment to represent my country and Asia", David said.

If the Olympic gold was the one that got away for her, Monday's award is another acknowledgement of David's position as a female squash titan.

Her achievements in the women's game have perhaps only ever been eclipsed by the Bradmanesque dominance of Australian Heather Mackay' back in the arguably less competitive era of the 1960s and '70s.

David received over a quarter of all the 1.2 million votes cast in the World Games poll, way ahead of Irish tug-of-war colossus James Kehoe and Ukrainian powerlifter Larysa Soloviova. 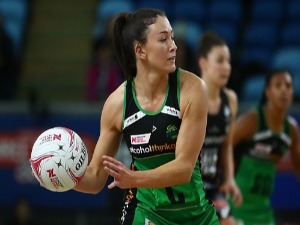