Kambosos fight off after promoter bust-up

The IBF lightweight world title fight between George Kambosos and champion American Teofimo Lopez is off after the promoter and the Australian boxer fell out.

The troubled world title fight between Australian boxer George Kambosos and Teofimo Lopez, which was scheduled to take place in New York, is off after the promoter pulled the pin.

The fight was due to be held on October 4, but promoter Triller Fight Club sought to delay it until October 16 due to a clash with NFL Monday Night Football.

With the fight date already changed multiple times - including a June 19 cancellation after the American contracted COVID-19 - Kambosos refused the latest switch.

The Sydneysider reportedly said he would consider the move if Triller agreed to put his purse money into an escrow account to guarantee payment, which they declined.

Kambosos then refused to board a flight to New York and cut communications with the newcomers, who made a splash with last year's exhibition match between Mike Tyson and Roy Jones Jr.

He has been training in Sydney and last month welcomed a new baby.

Matchroom and Top Rank also bid to promote the fight, with the latter holding back dates to accommodate the event in case the rights fell to it.

Top Rank chairman Bob Arum told World Boxing News the date would be December 3 or 4, although Lopez's wife is expecting their first child in late November which could complicate that.

Kambosos's legal team are now pushing for the IBF to remove Triller as promoters, while Triller wants Kambosos ruled in default and axed as mandatory challenger with Isaac 'Pitbull' Cruz elevated to be the new contender.

The IBF have so far not responded to either demand or made any comment on the furore.

After already racking up over $A13 million in expenses, Triller said it had given up on promoting the IBF mandatory title defence.

It still intends to hold a boxing event at Barclays Center with the planned undercard from Lopez-Kambosos taking place with the addition of popular New York junior welterweight Cletus Seldin and a Verzuz rap battle.

Kambosos (19-0) hasn't fought in Australia since October 2017, with his past six bouts overseas, including his two most recent wins over former world champions Lee Selby and Mickey Bey.

He was Manny Pacquiao's main sparring partner in preparation for the Filipino legend's 2017 fight with Jeff Horn. 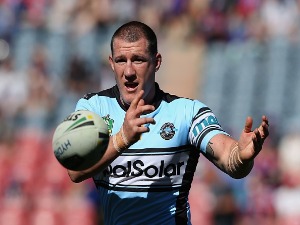