Australian snooker star Neil Robertson and the sport's 'GOAT' Ronnie O'Sullivan reckon they'll be battling for snooker's answer to the Ashes in the Masters.

Australian star Neil Robertson smiles that he'll be playing for snooker's equivalent of the Ashes when he tackles the sport's greatest player, England's Ronnie O'Sullivan, in the Masters.

In a repeat of last month's World Grand Prix final, which ended with O'Sullivan narrowly winning 10-8 and lifting his 38th ranking event triumph, two of snooker's finest couldn't resist hyping up their quarter-final contest on Thursday with a nod to the cricket.

Robertson started off the fun and games after defeating Anthony McGill at London's Alexandra Palace in front of a boisterous crowd on Monday, expressing gentle surprise at the reception he'd received.

"An Aussie playing in London when we're three-nil up in the Ashes ... I was expecting a lot worse than this," smiled Melbourne's former world champ, inevitably prompting some pantomime boos in the arena.

O'Sullivan picked up on the theme after his own magnificent victory over Jack Lisowski, saying how much he was looking forward to playing his old adversary Robertson for the 31st time.

"The way he hits the ball, Neil is a superb cueist," said O'Sullivan, who's long envied Robertson's gun barrel-straight cueing technique as the best he's ever seen.

"He is a phenomenal scorer. This is the Ashes! Here we go! It is coming back to Britain!"

Australia's 'Thunder from Down Under' against the English 'Rocket' has become one of the sport's best duels, with the six-time world champ O'Sullivan holding a 19-10 career advantage over Robertson while their record also features one drawn Premier League match.

Robertson, the world No.4 who began the season with his 21st ranking tournament victory in the English Open, had been favourite to win their Grand Prix final in Coventry but saw a 7-5 lead disappear as O'Sullivan hit back to win 10-8.

But Robertson was just delighted to be back in action at all after bouts of dizziness and a loss of hearing from an attack of pulsatile tinnitus had briefly left him fearing for his career.

After treatment with steroids, the 39-year-old has returned strongly and is among the favourites to win his second title at the Masters - one of the three events alongside the World and UK Championships that make up snooker's 'triple crown' - a decade after his first.

But he'll be running into an imperious-looking O'Sullivan, who is again reminding everyone why he's considered the best player the game's ever had.

A complicated genius of the baize who can sometimes lose interest, he appears to be more concentrated - and bullish - as he seeks to win an eighth Masters title and become the event's oldest champion at 46, some 27 years after he became its youngest winner at 19.

"I'll just savour every match I play - 20 majors, most successful player of all time," says O'Sullivan. "I've just got to keep thinking of that and take that into the match and let him (Robertson) worry about me." 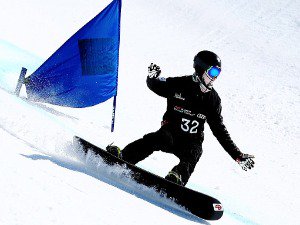