Now coach Ricky Stuart wants him to repeat it.

Wighton reinvented himself as a fullback-turned-half last season and Stuart says the 26-year-old must prove he can back it up in 2020.

"It (2019) was certainly within Jack. He needs to have another one now to show that consistency, that's what the best players do," Stuart said.

"International players, representative players, all have that consistency in their game.

"All our number one players last year, all our players in important positions showed great quality and played very consistent seasons.

"We need that again."

Wighton won the Clive Churchill Medal in a losing grand final and will have a new halves partner this season in England international George Williams.

The Raiders have relocated their pre-season to the Sunshine Coast for 10 days after bushfire smoke made training in the capital hazardous.

Stuart confirmed his internationals returned this week and he plans on drilling his team while under the Queensland sunshine.

"Now we've got climate we can run in and that's not a hazard to our players we certainly want to put a load in the legs," Stuart said.

"We've got some new players. Some young players, Curtis Scott, Matty Frawley in the halves and George Williams too. Those guys need to get a lot of education.

"It's very important from a defence and attack point of view that we all understand the same disciplines and rhythms."

Stuart said his thoughts were with the fire-ravaged communities surrounding Canberra and that the bushfire disaster had impacted academy players at his club.

"A number of our younger boys are from the south coast. So yes there has been some very difficult times and we have a number of those boys being billeted now in Canberra," he said.

"The club are looking after the welfare and the emotion of the families and what they're going through. Football is by far second. We just hope there is no more loss." 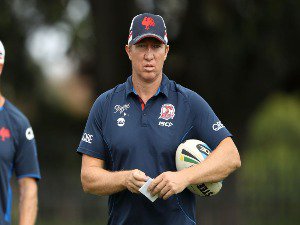