The NRL and RLPA are expected to finalise a 46 per cent reduction in player wages on Tuesday when pay talks resume.

Only the ARL Commission can determine whether the 25 per cent pay cut NRL executives will be copping is fair, according to players' union boss Clint Newton.

League central and the Rugby League Players' Association (RLPA) on Tuesday are expected to finalise a 46 per cent cut in player wages to combat the financial impact of coronavirus.

With players already being paid almost half of the NRL year, roughly 75 per cent of the remaining seven months await should the entire season be wiped out.

Asked whether that was fair for players, Newton said: "I think that's a question for (ARLC chairman Peter V'landys) and the Commission, really.

"At the moment, our main responsibility and priority is to secure a deal that protects the players' immediate future based on what's available.

"And that's what we're trying to do now."

The RLPA's final decision is likely to hinge on a number of demands, including being given full access to the finances of league headquarters.

In addition to a 95 per cent reduction in NRL staffers during the shutdown, the league is also expected to slash operating costs.

"That's why we're looking to activate special audit rights, to be able to work through that with the NRL, and clubs and states," he said.

"Given the circumstances that we're currently having to face, then I think that transparency is critical."

With league officials optimistic of resuming the competition in July, players continue to work in isolation away from club premises.

However, Newton concedes players might be forced into exploring other work opportunities should the season be cancelled.

"Pending the different set of individual circumstances that they're going to work through, I think everything's going to need to be available for players," he said.

"I think you'll see a number of players look to pursue certain options to try and redeem any type of money they may look to have lost over this period, if they're not to play." 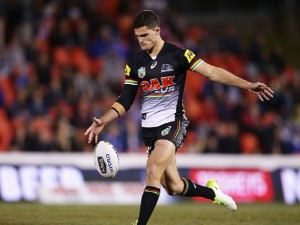