Sam Burgess has called on NRL clubs to get over their egos and scrap the results of the NRL's opening two rounds ahead of a potential new competition in 2020.

South Sydney legend Sam Burgess has called on NRL clubs to drop their egos and give up points earned in the first two rounds as the game pushes towards a new competition for 2020.

Headed by Wayne Pearce, the NRL's innovations committee was set to consider scrapping the first two rounds and adopting a new conference format when they next meet on Thursday.

Facing a backlash from angry NRL clubs and fans on Tuesday, ARL Commission chairman Peter V'landys stepped in to abort a plan to start the 2020 competition from scratch when it resumes.

It forced Pearce to backtrack barely 24 hours after pitching the idea.

However, Burgess has implored the NRL to reconsider, saying if a new competition were to start based on conferences, it would not make sense to keep points earned while playing for a different title.

"The egos have got to go," Burgess said on Fox Sports. "If it's the best thing for the game to go to conference and brush the points, then get on with it.

"If the best thing is to keep on with the season and stay as we are, then go for it. But it's got to be what's best for the game, everyone's ego, mindset or agenda has got to go here. One game one decision, and just get on with it."

Manly won one game, and captain Daly Cherry-Evans insists the points need to count given what they represent to some players.

"For the record books, they're matches that have been played so we've got to respect that," he said.

"People made their debuts, they were special games for some people and special results for some clubs. You just can't forget about those whether we like it or not. I hope common sense prevails here."

While V'landys has insisted that scrapping points will not be considered by the ARLC, the concept has split opinion all over rugby league.

Brisbane CEO Paul White welcomed the news after facing the prospect of having the Broncos' perfect 2-0 start wiped away.

"They are the kind of wins that you can build a season around, and I know our whole club ... have been buoyed by those results across the uncertain weeks in the wake of the season being suspended," he said on the Broncos website.

The committee is still set to discuss a two-conference system with teams isolated in two 'bubbles', in NSW and Queensland, for a 14-week regular season.

One conference would include eight Sydney-based teams, while the remaining sides - believed to include St George Illawarra and Newcastle - would be quarantined in the sunshine state.

Each team would face each other twice before a four-week finals series, taking the entire season to 18 weeks - not including State of Origin. 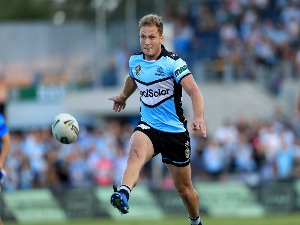