Melbourne have asked Sunshine Coast Stadium officials to review their crowd capacity and management after questions were raised over the NRL venue's hill area.

The stadium's hill sparked concerns over social distancing during Melbourne's 26-16 win over Newcastle.

It appeared to be at capacity but five Queensland Health officials and police were in attendance for Sunday's game and monitored the area.

Under Queensland government rules, venues can be filled to 50 per cent capacity as they ease out of coronavirus restrictions.

The crowd for Sunday's match was slightly smaller than for the Storm's opening game there against Gold Coast, which did attract the attention of Queensland Health.

The Storm are due to play again at the ground on Saturday against Canterbury.

"Melbourne Storm have requested Sunshine Coast Stadium review its crowd management practices and capacity before the home game against Canterbury," the Storm said in a statement.

"The stadium operates under a site specific COVID safe plan approved by Queensland Health and includes having Queensland Police in attendance."

Queensland's rules are lighter than In NSW, where venues are only limited to 25 per cent capacity with patrons on hills still needing to be one in every four square metres. 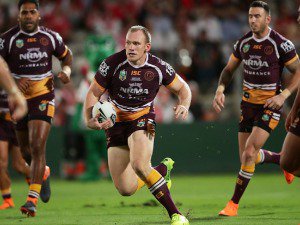