Wests Tigers centre Joey Leilua has been cleared to return to the club's biosecurity bubble and could play in the NRL on Sunday.

Wests Tigers centre Joey Leilua is a chance to play against Canterbury on Sunday after being cleared to return to his NRL club's biosecurity bubble.

Project Apollo has cleared Leilua to return to the bubble after he voluntarily left it on Thursday to attend to a family matter in Canberra.

The biosecurity experts were given updates on his location and interactions and concluded he holds no risk to Tigers staff or teammates.

It is a sharp turn in events after the club granted him leave earlier on Thursday and he was facing at least two weeks on the sidelines.

Leilua is just one match into a return from a four-game ban for a grade three dangerous contact charge for a hit on Penrith fullback Dylan Edwards in round eight.

His form has been rocks and diamonds this season, but his inclusion could be the boost the Tigers need for their must-win match against the Bulldogs at Bankwest Stadium on Sunday.

The 10th-placed Tigers are desperately holding onto flagging hopes to break the longest finals drought in the NRL.

It's understood coach Michael Maguire will make a call on Leilua's inclusion at their captain's run on Saturday. 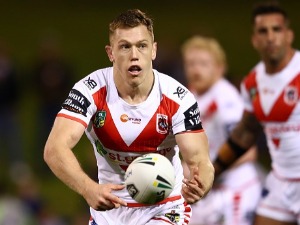