State of Origin on track for Adelaide

The NRL is forging ahead with plans to play the State of Origin series opener at the Adelaide Oval on November 4.

The NRL remains on track to have this year's State of Origin series kick off in Adelaide despite the pandemic limiting crowd numbers.

The league has only announced the dates for this year's end-of-year series, which will include three games in the space of 14 days for the first time.

At this stage, Adelaide is expected to host the opener on November 4, followed by Sydney on the 11th and Brisbane on the 18th.

There had been several questions asked over whether Adelaide would still hold the opener this year, with other contingency venues considered.

However NSW State of Origin coach Brad Fittler confirmed he'd been told on Friday that Adelaide remained the plan, with players not staying overnight in South Australia.

"I had a phone hook up today," Fittler said in Nine's commentary.

"They are confirming Adelaide. They're all but sure it is going to be Adelaide.

"It will be very similar to how teams do it at the moment. It will be fly-in, fly-out unless there are changes with protocols."

Much like the release of venues for each round, the NRL are leaving confirmation until late given the unpredictable nature of COVID-19.

Several other questions still surround what will have to be a different series.

Extended squads are expected to be picked, with players from teams who miss the finals expected to leave the bubble before returning.

Players will still no doubt have to manage their fitness in that time in a bid to not come in cold.

Player payment amounts also remain up in the air, given changes in the revenue share for this season and the significantly greater squads where some players still won't play a game. 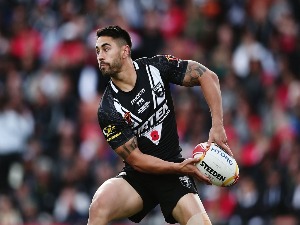