Canberra's Ricky Stuart considered the likelihood of his team having any realistic shot at the NRL's top four before resting nine players for the last round.

Canberra coach Ricky Stuart weighed up whether Parramatta were likely to slip up against Wests Tigers before making the call to rest nine stars against Cronulla.

The Raiders will field one of the most depleted sides of the season on Saturday night, with an all-new halves combination and three debutants.

Still mathematically a chance of making the all-important top four, Canberra would need to beat the Sharks and have the Eels lose to the Tigers hours later to leapfrog Parramatta.

But with the Tigers having lost four of their past five, Stuart conceded that was unlikely and he was better off giving his players a week off before the finals.

"We're still going for the top-four spot if it was available," Stuart said.

"But I'm not expecting Parramatta to get beaten.

Canberra's chance to rest is critical given they have been pushed to the limits all year with injuries in their middle.

It also gives them a chance to run Sam Williams and Matt Frawley in the halves, giving them crucial game time if one of George Williams or Jack Wighton was to go down during the finals.

Neither have played a proper match since March with COVID-19 ruling out the reserve-grade season.

"It's really fortunate that I can give a number of players a week off," Stuart said.

"We have players there who are really knocked around and will enjoy the extra week to get prepared for our playoffs.

"From a preparation point of view going into our first semi-final, it's important for them to be able to get over these injuries and knocks."

"The younger players who have got the opportunity to play NRL now don't want to let themselves down."

The decision for clubs to rest players en masse has prompted criticism from some quarters.

Some 29 players have been sat out across the top-eight teams, with the Storm contributing 12 of those.

But coaches have been defiant that they should have the right to manage their players as they see fit.

"It's great for the coaches to be able to manage their rosters that way," veteran South Sydney coach Wayne Bennett said.

"No-one can take that off us.

"You keep reading the articles and keep telling us how to coach, but at the end of the day we have to be our own coaches.

"When you're at a point when you can't do any better in the competition ... the main focus is the playoffs. 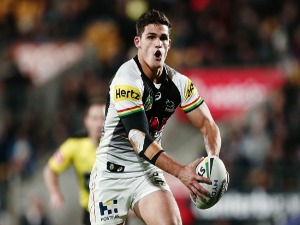