Geelong coach Chris Scott says his side need to find a better way to score against Richmond if they are to win Saturday's AFL grand final.

Geelong have finally overcome their AFL preliminary final hurdle. Now they have to work out how to beat Richmond in Saturday's grand final.

The Cats, who gave Brisbane a 40-point thumping to reach the season decider, were comprehensively beaten in their most recent encounter with the Tigers.

Geelong managed just four goals from 11 shots at goal - half the number that Richmond had - in round 17 and have lost five of their last six clashes.

"To beat them you need to be able to score," Cats coach Chris Scott said.

"But what they want you to do is open yourselves up so much that in trying to score and penetrate their defence they just get such good looks going the other way.

"That will be the puzzle. I think we are very similar in certain respects, but the differences are very stark as well."

Dylan Grimes and the Richmond defence were dominant in round 17 as they choked the Cats, with Scott saying the way the Tigers set up behind the ball will be an important factor in the grand final.

He also noted there have been several significant changes to the two teams' line-ups in recent weeks.

"The last couple of times we've played them were completely different circumstances to what we'll get this week, I suspect, in terms of personnel, venue and conditions," Scott said.

Geelong are unbeaten in five matches this season at the Gabba, which will host the first grand final outside Victoria.

Richmond favoured Metricon Stadium when given the choice of venue as the 'home' side for their semi-final and Scott is hopeful the Gabba might provide the Cats with a slight advantage.

The Tigers have a 2-1 record at the Gabba this year after losing their qualifying final against Brisbane. 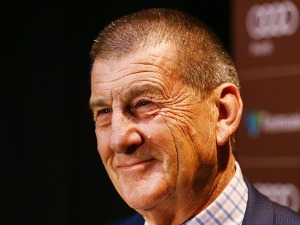