Origin set for midseason due to TV ratings

Despite drawing more viewers for the deciding State of Origin clash, lacklustre figures are set to see the game's showpiece return to its usual midseason slot.

State of Origin TV ratings got a lift for the deciding clash in Brisbane but it's unlikely to be enough to keep it at the end of the NRL season.

Some 2.73 million viewers tuned in to see Queensland hoist the prized interstate silverware, which was the biggest audience of the three-game series.

It was up almost 300,000 on Game II in Sydney, with a boost in metropolitan audiences accounting for more than two-thirds of that.

With the 2021 draw to be released on Thursday, the series is set to return to its usual midseason slot.

The opening match in Adelaide had the least viewers with 2.38 million tuning in, which was the lowest since TV ratings became available in 2003.

ARL Commission chairman Peter V'landys previously stated the game's showpiece event would return to the middle of the year unless this series was a runaway success.

"More likely that this will be the one and only time (Origin is played at the end of the year) because the ratings weren't very good," V'landys told SEN after Game I.

"If we're able to have (full) crowds again, mid season is probably the right place."

The NRL opted to move this year's interstate series to the end of the year after COVID disrupted the season.

The switch at least allowed Game III at Suncorp Stadium to be played in front of a world-record post COVID-19 crowd of 49,155.

That was just shy of the normal 52,000 capacity thanks to some lingering biosecurity measures. 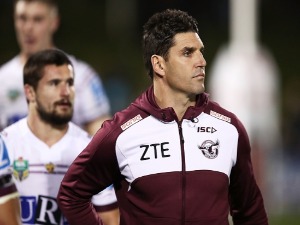