Former NRL star Manu Vatuvei has confirmed that he is facing serious drugs charges in his native New Zealand.

The former New Zealand rugby league international was charged with possessing methamphetamine for supply and import in December 2019.

Vatuvei, who denies the claims, had not been named until now as he was granted name suppression by the court.

With suppression due to lapse this week, the 35-year-old announced the allegations on his own terms on his Instagram page on Sunday night.

"I wanted to get something off my chest ... I'd rather you'd hear it from myself," he said.

"In 2019 I was charged with importation, possession and supply of methamphetamine. All of these charges are accusations and I will be fighting my innocence.

"I know there'll be a lot of questions that are wanting answers but I've been advised from my legal team that's all I can talk about."

The 35-year-old is the second high-profile Kiwi athlete revealed as fighting drug-running charges in as many months.

In March, world heavyweight boxing champion Joseph Parker was outed as an alleged member of an international drug ring.

Parker has denied any involvement. 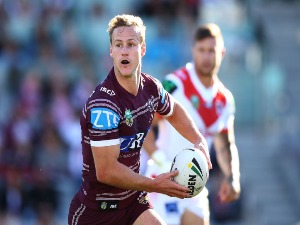