NRLW expands, but contracts not finalised

The NRL has announced expansion plans for the NRLW competition, with a centralised contracting system for marquee players set to be introduced.

The NRL will introduce a centralised contracting system for women's players as part of an expanded six-team NRLW competition announced on Friday.

The Warriors have withdrawn after three seasons in the competition, with new clubs Parramatta, Newcastle and Gold Coast added for the 2021 season.

They will join foundation clubs Brisbane, St George Illawarra and the Sydney Roosters for the seven-week competition, which will start in round 23 of the NRL season with the decider to be played on grand final day.

The expansion from four to six clubs has raised the number of games from seven to 18.

Each team will play each other once, predominantly in double headers with NRL games, with the top four advancing to the semi-finals.

The competition will then be expanded again to eight teams in 2022 with the Warriors expected to return.

As revealed by AAP in April, these decisions were made at an ARL commission meeting six weeks ago with the details of the contracting system yet to be finalised.

How it will work is of most interest with some clubs and players concerned at the lack of detail with just 10 weeks until round one in August.

It's understood the proposed scheme would involve a number of the top players being contracted by the league and then allocated to NRLW clubs.

The idea is to allow new clubs to compete on a level playing field with the already established teams and their top-tier players.

The RLPA is still working with the NRL to organise the specifics, with contracts yet to be handed out as pre-season training nears.

"We're working with the players and the clubs on the contracting system," NRL chief executive Andrew Abdo said.

"There'll be a central contracting system and a free agency model, so that happens next.

"We're now working on the draw with both broadcasters.

"In the next couple of weeks we'll be in a position to announce the final squads, which each club will announce."

Meanwhile, the Knights have announced recently retired half Blake Green as women's coach for this season, with ex-Parramatta player Dean Widders to coach the Eels.

Gold Coast are yet to finalise their coaching structure. 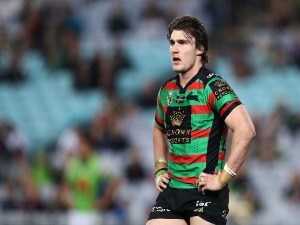