Former Collingwood president Eddie McGuire believes the Magpies have become a "laughing stock" as off-field tensions continue to boil over at the AFL club.

Former Collingwood president Eddie McGuire insists the Magpies have become a "laughing stock" as the threat of a board challenge continues to loom over the AFL club.

The Magpies are on the hunt for a new coach after parting ways with favourite son Nathan Buckley in June.

But McGuire, who stepped away from his beloved club in February after 22 years, has called for Browne - who is a close friend - to call off his presidential aspirations.

"That whole EGM nonsense was just a debacle, an embarrassment to the Collingwood football club," McGuire said in an impassioned plea on Nine's Footy Classified.

"I can see this going on and on and on unless something happens and it's time for people who have the love of Collingwood as their main mantra to now step up.

"The first thing I want is I want Jeff Browne to pull the pin on any EGM.

"I don't want an EGM at the Collingwood football club. The AGM (should) go ahead as planned in December.

"It's just made us look like a laughing stock. The reason we have the best sponsors and things is because we are a professional outfit.

"Jeff Browne is a very impressive person, he's a great friend of mine.

"I know the people on the board (currently). They can all run the club."

McGuire claims he has heard "all sorts of shenanigans" happening behind the scenes that he thought he had "exterminated out of Collingwood 23 years ago".

"The only thing that will bring me back to the fray is if I see people vandalising the Collingwood football club," McGuire said.

"There have been too many lunatics running around the fringes in the last six months.

"Pull the club together for God's sake and get the best coach and get us back on track." 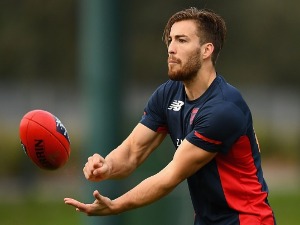