Canterbury have plunged to their eighth loss for the NRL season, thrashed 32-12 by St George Illawarra.

Canterbury's woeful season has sunk to a new low with halfback Kyle Flanagan hooked as injuries piled up in the NRL cellar-dwellers' 32-12 loss to St George Illawarra.

As well as the dramatic benching of their star half, the Bulldogs have serious concerns for Lachlan Lewis and Corey Allen, who were both taken to hospital.

The Bulldogs fear Lewis has a rib and lung injury, suffered late in the game, while Allen was in distress with a neck and shoulder issue.

Lewis appeared to have problems breathing and was taken from the field late in the game while Allen was carted from the field in a stretcher and neck brace after hitting the ground hard in a four-man tackle.

Prop Ava Seumanufagai also suffered a concussion and will be in doubt for next week.

Barrett said the poor execution at the end of sets was the reason Flanagan was benched at halftime, but he was later brought back on as a replacement for the injured Lewis.

The mounting injury list could force his hand again next week with about 11 regular starters set to be missing in round 10.

"From a performance point of view our execution was poor, our discipline was poor and across the board it was poor," Barrett said, explaining the reason Flanagan was benched.

"The execution from our set ends again, we had some opportunities there early in that first half and that's something we need to address.

"Given where we are on the table we need to make some changes where we see fit, and if that's what's in the best interests of the team moving forward then that's what we'll do, but we'll sit down and address that through the week."

The Dragons led by six points at halftime but kicked on with another five tries as things got ugly for the Bulldogs.

Debutants Mathew Feagai and Junior Amone both had dream starts to their NRL careers with a try each, while Matt Dufty scored a double in the thrashing at Netstrata Jubilee Stadium.

The Bulldogs' two tries came through a one-on-one steal from Renouf Atoni and an intercept from Nick Meaney late in the game - two bright spots that were swallowed up by the overall inept performance.

The Bulldogs have won one game this season and are facing an uphill battle each week to show they've improved from last year's 15th place finish.

So far, they haven't.

Meanwhile, Atoni could be in trouble for a high shot on Tariq Sims after copping the Dragons second-rower around the head.

The Bulldogs prop had just knocked the ball on into Sims' arms, turning over possession and giving away the penalty that led to the Dragons' first try to Dufty.

Ben Hunt showed up his halves opponents for execution in the second half, finishing with two try-assists and a line-break assist in the win.

Corey Norman and Paul Vaughan also got on the board in an important win for the Dragons who snapped a three-game losing streak.

"I'm happy with the result, the boys were on the wrong end of the scoreline in the last few weeks and it was great to see our debutants contribute," said coach Anthony Griffin.

Dragons forward Josh McGuire will be sweating on the charge sheet on Monday morning after being put on report for a shot in Flanagan in the dying minutes. 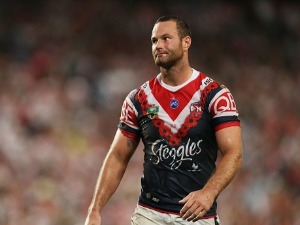