All Blacks not a priority for Chief Cruden

Returning playmaker Aaron Cruden wants to bring success to the Chiefs in Super Rugby and insists the All Blacks aren't on his radar.

Aaron Cruden says All Blacks selection isn't in his thinking as he prepares for his Super Rugby return with the Chiefs.

World class five-eighth Cruden left for France in late 2017, frustrated at having spent several seasons as the backup to Dan Carter and then seemingly having to do the same when Beauden Barrett switched to a playmaking role.

The 31-year-old said two seasons in Montpellier has made him a better player but he hasn't made it a goal to add to his 50 Tests.

"I just want to contribute to each environment I'm in and haven't thought too much about the All Blacks," he said.

"I've been removed from that environment for a few seasons and there have been a lot of changes in that scene as well."

Cruden has signed a one-season deal with the Chiefs under their new coach Warren Gatland but it's enough time to impress new national coach Ian Foster, who will also have World Cup duo Barrett and Richie Mo'unga to call on.

Three weeks out from the start of the season, he said his priority is to bring further success to the Chiefs, having been a central cog in their titles under Dave Rennie in 2012 and 2013.

Cruden believes long-serving former Wales coach Warren Gatland will be a good fit at the Chiefs.

"His pedigree speaks for itself, you can see what he's been able to do with the Welsh national side," Cruden said.

"He's obviously a passionate Waikato-Chiefs man and having him back in the region will do wonders for this team.

"He's brought his own style and structure to training, and talking to a lot of the boys they are really energised." 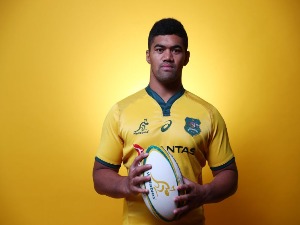