The Queensland Reds will be without star man Samu Kerevi this season but in James O'Connor and Jordan Petaia boast an alternative route to success.

Wright was announced captain on Wednesday, the 22-year-old replacing Japan-bound Kerevi at the helm of a squad that currently features just one player over 30.

Former Reds back James O'Connor is back though, while fellow centre option Jordan Petaia played just one full game before a serious foot injury spoiled his 2019 season.

Kerevi led the Super Rugby in runs and tackle busts, while making the second-most metres last season for a side that missed the playoffs after recording a 6 win, 10 loss regular season.

O'Connor, who could rotate between both inside centre and flyhalf this season, can take on the line but is more inclined to pass or kick than Kerevi.

"It's pretty obvious that most of our game plan went through Samu," Wright said.

"He's such a destructive runner and changes the game, but it gives us a good opportunity to play a different style and whoever we select at No.12, we can play a more expansive game."

"We're probably going to try and unleash it a bit more, instead of playing that bullocking game that Samu had."

O'Connor agreed he was far from a like-for-like Kerevi replacement.

"I don't have the carrying abilities of Samu, but I have my own little plays," he said.

"You have to adapt and I have added a little bit to my repertoire."

Gold Coast product O'Connor was released from the final season of his two-year deal with the Reds in 2015, following stints with the Western Force and Melbourne Rebels.

But the 29-year-old has returned to Australia from a second European stint with a matured outlook that has seen him return to the Wallabies fold.

"I'm coming home trying to bring some success back to Queensland," O'Connor said.

"There's talented guys in this backline and I want to get the best out of them."

The Reds won a maiden Super Rugby title in 2011 but haven't featured in finals since 2013.

"Stay with us," O'Connor said of his message to fans.

"Generally Queensland brought through some great schoolboys and we'd sort of lost that, so I'm impressed with what they've done recently," he said.

"We want to play for this team, this state." 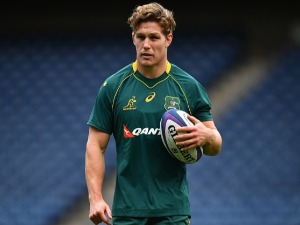