Impey to stand down as SANZAAR chair

New Zealand Rugby boss Brent Impey will relinquish the chairmanship of SANZAAR, citing a need for independent leadership at the "outdated" governing body.

New Zealand Rugby boss Brent Impey will step down as chairman of SANZAAR at the end of the year, citing the need for "fundamental change" at the governing body.

Impey has held the SANZAAR role for five years but made it clear the southern hemisphere association needed independent leadership to improve an "outdated" structure.

"In my view it is time for SANZAAR to make some fundamental changes which are best placed to happen under an independent chair," he said on Tuesday.

"While there was no imperative for change it was appropriate to rotate the role, however I now believe that the role of chair of a national union as well as chair of SANZAAR is a conflict for any country."

"The four country (Australia, New Zealand, South Africa, Argentina) consensus model is outdated if we are looking to grow the game commercially and internationally," he said.

"A membership model would allow the group to act together on issues such as the global calendar, rules, regulations, governance, and mutual commercial interests.

"Currently, the odds are heavily stacked against SANZAAR in its present form being able to affect change."

Impey drew the ire of the Pacific nations when he shot down plans for a team to join the domestic Super Rugby offering for next year,

There were protracted tensions across the Tasman too when Australia's involvement in any combined league was seemingly not entertained.

Rugby Australia chairman Hamish McLennan claimed the relationship with New Zealand was at its "lowest ebb" after a series of disagreements, however the two organisations have since finalised plans for an end-of-season competition involving Super Rugby clubs from both countries.

This year's Rugby Championship was reduced to a Tri-Nations affair when world champions South Africa chose not to travel to Australia, promoting fears they would instead link up with northern hemisphere nations in the future.

But their commitment to the tournament until 2030 came earlier this month as SANZAAR announced the championship would be restructured into "mini-tours", with teams set to play two matches in one country one year, then two in the other country the following. 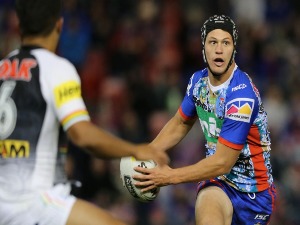