Perese was red-carded during his team's crushing 41-7 Super Rugby AU defeat by the Queensland Reds in round one on Friday when he upended Reds centre Hunter Paisami in a dangerous tackle.

The SANZAAR foul play review committee on Sunday banned Perese through March 19, meaning he won't be available to play again until the return match with the Reds in round six at Stadium Australia.

Perese pleaded guilty to his foul play citing and the review committee downgraded his penalty from an initial low-end entry point of six weeks after finding his action was reckless rather than international.

The Waratahs were also hit by injuries to skipper Jake Gordon and Perese's fellow centre Joey Walton in the loss to the Reds. 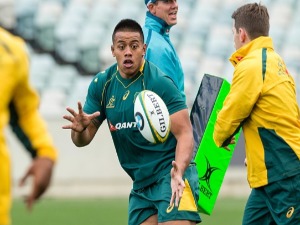