The NSW Waratahs have 20 players on the injured list ahead of their final round Super Rugby Trans-Tasman clash against the Chiefs that will end a horror year.

The NSW Waratahs will limp to the finish line of Super Rugby Trans-Tasman, with interim coach Chris Whitaker revealing they barely have enough players for their final round clash with the Chiefs.

NSW have one final chance to bank their first win of a horror year but will be undermanned with more players joining the casualty ward ahead of the Brookvale Oval match.

Fellow props Angus Bell (illness), Harry Johnson-Holmes (neck) and Tetetra Faulkner (back), who missed the Highlanders, are also in some doubt.

Whitaker said Gordon would undergo a scan on Wednesday, which could threaten his availability for the Wallabies Test series against France next month.

Asked if it was a "good thing" the season was almost over, Whitaker replied that they would struggle to even field a competitive team.

"We couldn't keep going - we haven't got enough numbers," Whitaker said on Tuesday.

"I think we've got 19 or 20 guys on the injured list at the moment and a lot of them are serious.

"We had three Wallabies props pull out on the Wednesday and we lost a few more on the weekend as well."

Whitaker praised his players for their efforts in the face of record scorelines through the five-week competition against Kiwi teams which came after a winless Super Rugby AU.

"You can't pat the guys on the back enough - even in the last minute (against the Highlanders), there's no chance we're in the game, the boys have still tried to score.

"We'll get out to Shute Shield and see who's around and get some players in." 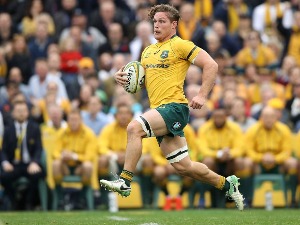