New Melbourne City recruit Carl Jenkinson could be thrown in at the deep end due to a mounting list of absences for their ALM clash with the Central Coast.

Jenkinson only arrived in Australia on Thursday to start a six-month loan deal and hasn't played a full 90 minutes since Nottingham Forest's FA Cup loss to Swansea a year to the day on Sunday.

With Scott Jamieson, Nuno Reis, and Rostyn Griffiths all unavailable and defender Curtis Good sidelined due to the lingering effects of COVID-19, Kisnorbo will sound out the Englishman's condition ahead of the Mariners clash.

"He's just come in and we'll need to see how he is," Kisnorbo said.

"He's come off a long flight and the most important thing is the health of the player.

"We need to do our due diligence by him and I'll go on him and see how he feels.

"We'll leave it to the last minute (to see) whether he plays or not.

"Once we got everything done he left in a day or two so that's quite impressive that he would leave his family and girlfriend at the drop of the hat to come to the other side of the world to play football.

"It shows the character of the person."

Good hasn't played for City since 18 December and, after missing the last three games, Kisnorbo was unsure when the 28-year-old would next be available.

The centre back has slowly begun to improve his lung capacity but his coach was placing no timeframe on the two-cap Socceroo's return to action.

"I've heard today that Alphonso Davies at Bayern Munich has myocarditis. I'm not saying Curtis has that, but this disease affects people differently.

"Unfortunately Curtis is one of those who has taken a longer time.

"He trained the other day which is great and he had his first full session.

"When will he be back? I don't know, the main thing is his health.

"I don't want to put him somewhere where he is underdone and something happens. I won't do that because the health of the person is much more important than a 90-minute game." 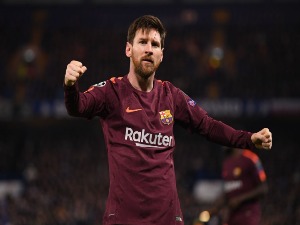