Holders Bayern Munich have been knocked out of the Champions League despite beating PSG 1-0 while Chelsea have also qualified for the semi-finals.

Paris Saint-Germain coach Mauricio Pochettino hailed an "amazing moment" after his side knocked holders Bayern Munich out of the Champions League on away goals to take their place in the semi-finals.

The Ligue 1 club had edged a thrilling first-leg clash 3-2 in Munich, which proved decisive after Bayern could only secure a 1-0 win at Parc des Princes on Tuesday night.

PSG were beaten 1-0 by the 30-time German champions in the final of last season's rescheduled tournament under former boss Thomas Tuchel.

Pochettino feels the squad have come a long way in the short time he has been at the helm after the former Tottenham manager was appointed at the start of January.

"It was a really tough match and I am really happy because the players deserve the credit. We are so happy for them, the club, the president," Argentine Pochettino said on BT Sport.

"After three months working here we are enjoying the moment and if you qualify for the semi-finals then this is an amazing moment for us.

"When you are on the touchline, close to the pitch, it is not easy to enjoy it, but I try enjoy it every time."

Brazilian Neymar was denied by the woodwork twice before Eric Maxim Choupo-Moting bundled the Germans in front on the night with a close-range header just before halftime.

The visitors though, could not find another away goal as the French side, who had Kylian Mbappe's late effort ruled out for offside, progressed to the semi-finals where they will meet either Manchester City or Borussia Dortmund.

"Normally my team has so much quality in the final third, but today they were lacking that final punch," Bayern coach Hansi Flick told Sky Germany.

"You saw how dangerous they are in attack. As a fair loser, I would like to congratulate them."

In Tuesday's other quarter-final, Chelsea lost 1-0 against Porto in neutral Spain after Mehdi Taremi's late bicycle kick, but they too progressed to the semis, going through 2-1 overall.

Chelsea will feature in the last four for the first time since 2014 and play Real Madrid or Liverpool, who meet at Anfield on Wednesday with the Spanish giants 3-1 up.

Both matches between Porto and Chelsea were played in Seville owing to Portugal's coronavirus travel restrictions, and Taremi's spectacular goal in added time came too late to deny the Blues in a game of few chances.

"Maybe on the television it was not so nice to watch but on the sidelines it was a very intense game, a very fast game," Tuchel told BT Sport.

"Overall we deserved to beat Porto. It was a tough 180 minutes." 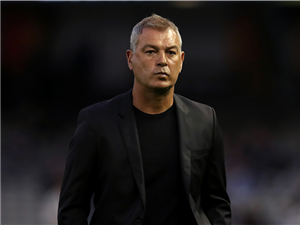