The FFA called off the Sydney A-League derby between Sydney FC and Western Sydney after torrential rain made the Jubilee Stadium playing surface unsafe.

The blockbuster Sydney derby could be forced to a weeknight after torrential rain forced the postponement of one of the A-League's showpiece events.

Sydney FC's clash with Western Sydney at Jubilee Stadium on Saturday was called off early on game day due to the extreme weather conditions.

Football Federation Australia officials inspected the ground on Saturday morning and, with further rain forecast, decided to call the game off.

"With over 100mm of rain falling in the Sydney area over the past two days, and in the interest of player welfare, all parties agreed that it was not possible to play the match as scheduled today," said FFA Head of Leagues, Greg O'Rourke.

"Whilst it is disappointing that a nearly sold-out crowd is unable to see another iconic Sydney derby today, this was the right decision to give fans as much notice as possible under the circumstances."

Officials are now scrambling to find a new date for the encounter, which often attracts crowds in excess of 20,000.

The development comes with the Sky Blues set to enter a chaotic schedule that includes the group stage of their Asian Champions League campaign.

A third Sydney derby is already pencilled in for March 21 at Bankwest Stadium.

The situation leaves stakeholders, including broadcaster Fox Sports, with the likelihood of staging the rescheduled match on a weeknight.

Sydney FC boss Danny Townsend was disappointed the game was called off, though accepted the rationale.

"The safety of the players is paramount and the pitch was in no state to host the game due to the amount of rain we have had," he said.

"We also have to consider the safety of our members and supporters inside the ground as well, and what sort of a spectacle we'd be providing if we went ahead." 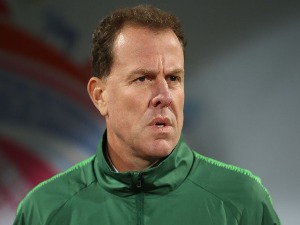