W-League in spotlight after WWC clinched

After Australia and New Zealand secured the 2023 FIFA Women's World Cup, ensuring the long-term health and competitiveness of the W-League shapes as a priority.

As Australian football basks in its successful bid to co-host the 2023 FIFA Women's World Cup, ensuring the W-League's ongoing health shapes as a crucial next step for the domestic game.

The competition's short-term future, at least, has been bolstered by FFA locking in a revised broadcast deal for the A-League and W-League for at least the next year.

Between that deal and the shot in the arm of a home Women's World Cup, there is a clear platform to advance the W-League - and there will arguably never be a better opportunity.

While the league has yet to deliver a full home and away season, there is clear interest in expanding the league beyond its current nine teams.

New Zealand do not currently boast a women's team in the competition, although A-League club Wellington Phoenix earlier this month announced plans to pursue a licence - and their inclusion would be well-timed ahead of a trans-Tasman World Cup.

Central Coast, who participated in the W-League between 2008 and 2009, have long pushed for a return, while Western United on Friday announced plans to pursue a licence.

Ensuring the competition's quality will also be crucial, given a recent exodus of Matildas to Europe.

Ellie Carpenter has signed with French powerhouse Olympique Lyonnais, while Steph Catley and Kyah Simon are poised to join her, along with the likes of Sam Kerr and Caitlin Foord, in Europe.

As the Matildas build towards a home World Cup, there is a clear need for a domestic league that can develop depth and young talent while also providing a competitive environment for national team players.

"We obviously have a lot of our national team girls who are headed to Europe, which is also great because for some of them it's their first time heading to Europe and of course you want to experience that in your career," Matildas midfielder Emily van Egmond, who has previously played in Germany, said.

"But if we can keep (the W-League) at a high level and keep getting it to an even higher level, then for those girls (if) at any point they decided they want to come back, we're still maintaining that level, which would be great.

"Obviously the better players you have in this league, the more you're going to develop our younger players in Australia as well." 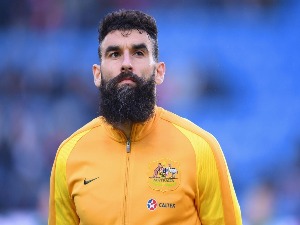