Polish goalkeeper Filip Kurto has joined Alessandro Diamanti in re-signing with A-League club Western United ahead of their season restart.

Western United have received a boost ahead of their A-League season resumption, with goalkeeper Filip Kurto signing a one-year contract extension.

In signing until the end of the 2020-21 season, Kurto joins the likes of captain Alessandro Diamanti and midfielder Steven Lustica in committing to the A-League newcomers.

"I am really happy to be staying at Western United," Kurto said.

"I'm excited to have the opportunity to continue this amazing journey that we have only just begun.

Kurto, 29, was named goalkeeper of the year in his first A-League season at Wellington Phoenix in 2018-19.

He followed coach Mark Rudan from the Kiwi capital to United ahead of their inaugural A-League season.

The Polish shot stopper made 67 saves across his 20 games before the season suspension and will return to action against Melbourne Victory on Saturday night.

"It's great to have Filip re-sign. He has proven to be one of the top goalkeepers in the A-League," Western United goalkeeper coach Frank Juric said.

"Filip is a total professional on and off the field and is well respected among his teammates and the coaching staff." 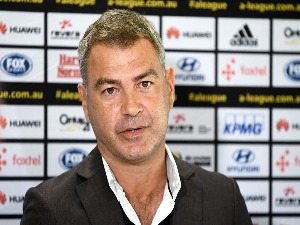