Fifth-placed Glory crashed 5-3 on Thursday to Adelaide United, who drew level with them on points, but remain sixth on goal difference and have played one more game than Perth.

.The south Australian team led 5-1 at one stage, capitalising on some shoddy defence, before Perth scored two late goals at Sydney's Bankwest Stadium.

It was the first time Glory had conceded five in an A-League game in Popovic's tenure and successive losses have stalled Perth's run to the finals.

Perth started each half well but Popovic described their defence as vulnerable and said they gifted Adelaide some goals, two of them from corners.

While Glory still control their own destiny, they won't have much time to iron out their defensive kinks before meeting his former club Western Sydney next Tuesday.

'"Five days is not a lot of time, but I feel after a result like this it's probably the best thing that can happen.said Popovic, who coached Western Sydney to the 2014. Asian Champions League title and three losing grand final appearances.

"You don't have to wait too long to get back out there again.

'Right now it's dust ourselves off from this game and get ready for Wanderers,"

"It's an important match, that we have a good reaction from this game."

Popovic still extracted some positives out of Thursday's game, taking heart from the efforts of some youngsters, including his 18-year-old son Kristian, whose performance included a well taken goal.

'I thought Dane (Ingham) was good again, a young boy that hasn't played a lot of football," Popovic said.

"I thought Christian was outstanding, backing up again 90 minutes, so there was some good things."

"Defensively it wasn't a good day and thats an area we'have to make sure is better before our next match." 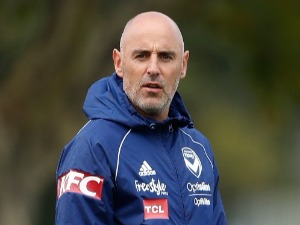