Socceroo Daniel Arzani's move to FC Utrecht has been completed, with the youngster joining the Dutch club on a season-long loan.

Socceroo Daniel Arzani will look to reignite his career after completing a move to Dutch club FC Utrecht.

Arzani's switch is a crucial move for the youngster after a frustrating spell at Scottish club Celtic.

He suffered an ACL injury on his debut for the Glasgow-based club and would only play five more minutes in a Cup match for Celtic before his loan deal ended.

Utrecht technical director Jordy Zuidam said the winger had been on his team's radar for a long time.

"We've followed Daniel since his time at Melbourne City, where he made his first team debut at the age of 17," Zuidam told the club's website.

"He seemed unattainable for us for a long time, but we were finally able to strike this transfer period.

"I am happy that he is now finally here in Stadium Galgenwaard ... we look forward to seeing him in the FC Utrecht shirt."

It's not the first time young Australian talent has joined Utrecht, with Tommy Oar, Adam Sarota and Michael Zullo all joining the club in 2010.

The 2020-21 Eredivisie season kicks off on September 12 with Utrecht starting at home against AZ Alkmaar. 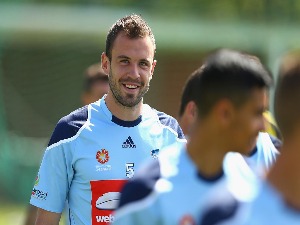