Mohamed Salah and Mohamed Elneny have again returned positive tests for COVID-19 among the latest batch of top soccer players sidelined by the virus.

Liverpool's Mohamed Salah and Arsenal's Mohamed Elneny have again returned positive tests for COVID-19 among the latest batch of top players who have been sidelined by the virus.

The Egyptian Football Association (EFA) said on Wednesday that the star pair, who had both previously tested positive for the coronavirus while on African Cup of Nations duty, were still showing positive results.

Salah is said to be displaying only mild symptoms, with both players in quarantine and now looking set to miss the return of club action after international break.

Salah, who is joint leading scorer in the Premier League this season with eight goals, will miss the visit of league leaders Leicester City on Sunday.

He is also likely to be ruled out of Liverpool's Champions League game against Atalanta next Wednesday, while Elneny is expected to miss Arsenal's trip to Leeds United on Sunday and their Europa League clash at Molde on November 26.

Arsenal have been hit by a double blow with the Bosnia and Herzegovina Football Federation having also confirmed their defender Sead Kolasinac has tested positive for COVID-19.

The 27-year-old played in the 3-1 Nations League defeat in Holland on Sunday but is now self-isolating and will not be involved in the match against Italy on Wednesday night.

Goalkeeper Ibrahim Sehic has also returned a positive test, so will miss the final Group A1 fixture in Sarajevo.

Serbia's captain Aleksandar Kolarov, Luka Milivojevic and Darko Lazovic were also infected over the past week.

Pongracic returned to Wolfsburg on Tuesday and is already in quarantine, so will miss the Bundesliga game at Schalke on Saturday. 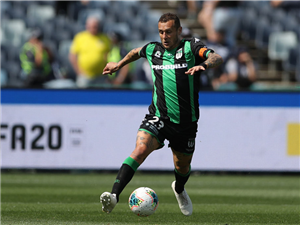