Caitlin Foord won't face the Republic of Ireland due to injury while there are five uncapped players in the first Matildas squad named since the Olympics.

The Matildas have called up a number of fresh faces but will be without star attacker Caitlin Foord for their friendly match against the Republic of Ireland.

Foord missed Arsenal's season-opening victory over Chelsea with a quad strain and has been left out of Tony Gustavsson's 25-player squad for a training camp and the match against the Irish on September 22 (AEST).

Instead she will remain in England and focus on her injury recovery.

"We need to look at the player wellbeing here and cooperate with the club and in this case unfortunately Caitlin isn't available for the game.

"So we felt she needs to be back in the club and do the rehab work there."

The game against world No.33 Ireland at Dublin's Tallaght Stadium is the Matildas' first action since losing the bronze medal match at the Olympics, with the squad featuring 18 players who were at the Games.

Gustavsson said he had deliberately focused on calling in defenders this camp, while also only scheduling one match during the window to assess new and fringe players and give the group more training time together.

"I don't want to make any false promises to any players here but I wouldn't be surprised if there is some - experiment is not the right word - but trying some new things and looking at players during this game," he said.

"(That's) to get not just the answer as a collective team, in terms of performing results, but also getting answers (on individual players' capabilities)."

Gustavsson said having just one game in camp was also important for managing players' physical and mental loads, and noted skipper Sam Kerr was refreshed after having an "important" post-Olympics break.

Players will start to arrive in camp this weekend and officially assemble next week.

Elise Kellond-Knight and Karly Roestbakken have been called into camp for assessment on their respective progress from injuries. 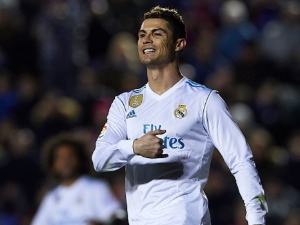