Arques came through Villarreal's academy and spent the majority of his career in Spain - primarily featuring in the Segunda Division B sides of Valencia and Sporting Gijon, while he made one La Liga appearance for Elche.

"He is an elegant player who always wants the ball, has the ability to dictate the tempo of the game, and provides a very strong presence on set-pieces.

"We are looking forward to having him join the Jets.""

He joins the likes of Tomi Juric, Ulises Davila, Craig Noone and Daniel De Silva in the Bulls' wealth of attacking options.

"I believe he can maximise his potential with consistent performances on the training pitch and match days, and I look forward to watching him grow."

Toure made a bright start to his career when he won the Mark Viduka Medal as a teenager in Adelaide's 2019 FFA Cup final win over Melbourne City.

But the 21-year-old has more recently struggled with several injury setbacks and was largely used off the bench last season.

Across all competitions for Adelaide, Toure made 36 appearances, scoring seven goals.

"As we approach the new season, it was becoming clearer that Al Hassan wasn't going to be part of our starting eleven week in, week out, given our depth in wide positions," Reds coach Carl Veart said.

"At this stage in his development it is paramount he has consistent opportunities to play.

"We discussed our plans with him and ultimately agreed that it was in Al Hassan's best interest to seek a fresh start."

Meanwhile, Melbourne Victory have signed young centre-back Matthew Bozinovski to a two-year scholarship deal and loaned him to Wellington for the upcoming season.

Victory have a collective of experienced centre-backs in Portuguese Roderick Miranda, Matthew Spiranovic and Brendan Hamill and football director John Didulica said a loan would allow Bozinovski to get game time and develop.

Bozinovski, 20, who recently represented North Macedonia at under-21 level, will link up with the Phoenix squad when they relocate to NSW at the end of the month - as coach Ufuk Talay attempts to fill the void left by the unexpected retirement of skipper Steven Taylor. 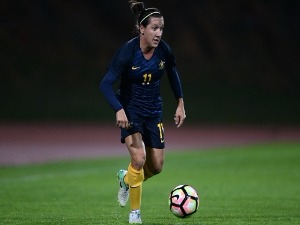