Adelaide International back before Open

Adelaide will host two pre-Australian Open tennis tournaments in January after this year's events were pushed back to March because of the pandemic.

The Adelaide International will revert to its traditional pre-Australian Open timeslot on the annual summer of tennis program next year.

This year's event was held after the Open in March as the coronavirus pandemic continued to wreak havoc with the tennis calender.

South Australian Premier Steven Marshall on Monday announced the Adelaide International as well as one other event would take place in the state's capital in early January.

"Adelaide will host some of the biggest tennis stars in the lead up to the Australian Open," Marshall tweeted.

"Two tournaments including the Adelaide International will be held at Memorial Drive from 2-15 Jan."

All the warm-ups for this year's Australian Open were held at Melbourne Park after players emerged from a fortnight in quarantine, but the build-up to 2022's season-opening grand slam will look "as close to pre-pandemic conditions" as possible, according to Tennis Australia.

Sydney is also in line for events, including the ATP Cup, but it's unclear if Brisbane will host any tournaments.

Perth, with its state border still closed, and Tasmania, which usually hosts the Hobart International women's event, are off the program in 2022.

Players vaccinated against COVID-19 will be able play at the Australian Open without undergoing any quarantine but tournament director Craig Tiley on Saturday confirmed those not jabbed would not be allowed into Melbourne Park. 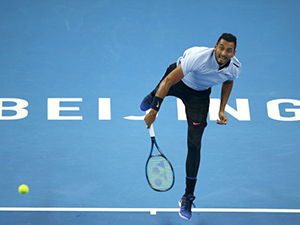