France's Adrian Mannarino has knocked Russian No.1 seed Andrey Rublev, the defending champion, out of the Kremlin Cup.

Andrey Rublev, Russia's world No.6, Muscovite born and resident, has been knocked out of his hometown tournament, the Kremlin Cup, by Adrian Mannarino.

The match was a repeat of the event's last final, in 2019, which was the pair's only previous meeting. On that occasion Rublev won 6-4, 6-0.

Mannarino completed victory in a ten seconds under two-and-a-half hours. He will now meet Ricardas Berankis, a Lithuanian lucky loser, in the quarter-finals.

No.4 seed Filip Krajinovic is also out. The Serbian lost 6-3, 6-4 to Pedro Martinez, of Spain.

Martinez will now meet Marin Cilic, a two-time winner and the only remaining seed in the top half of the draw. 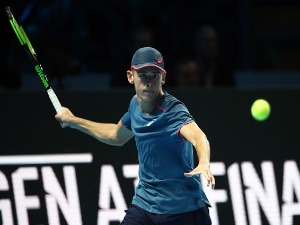